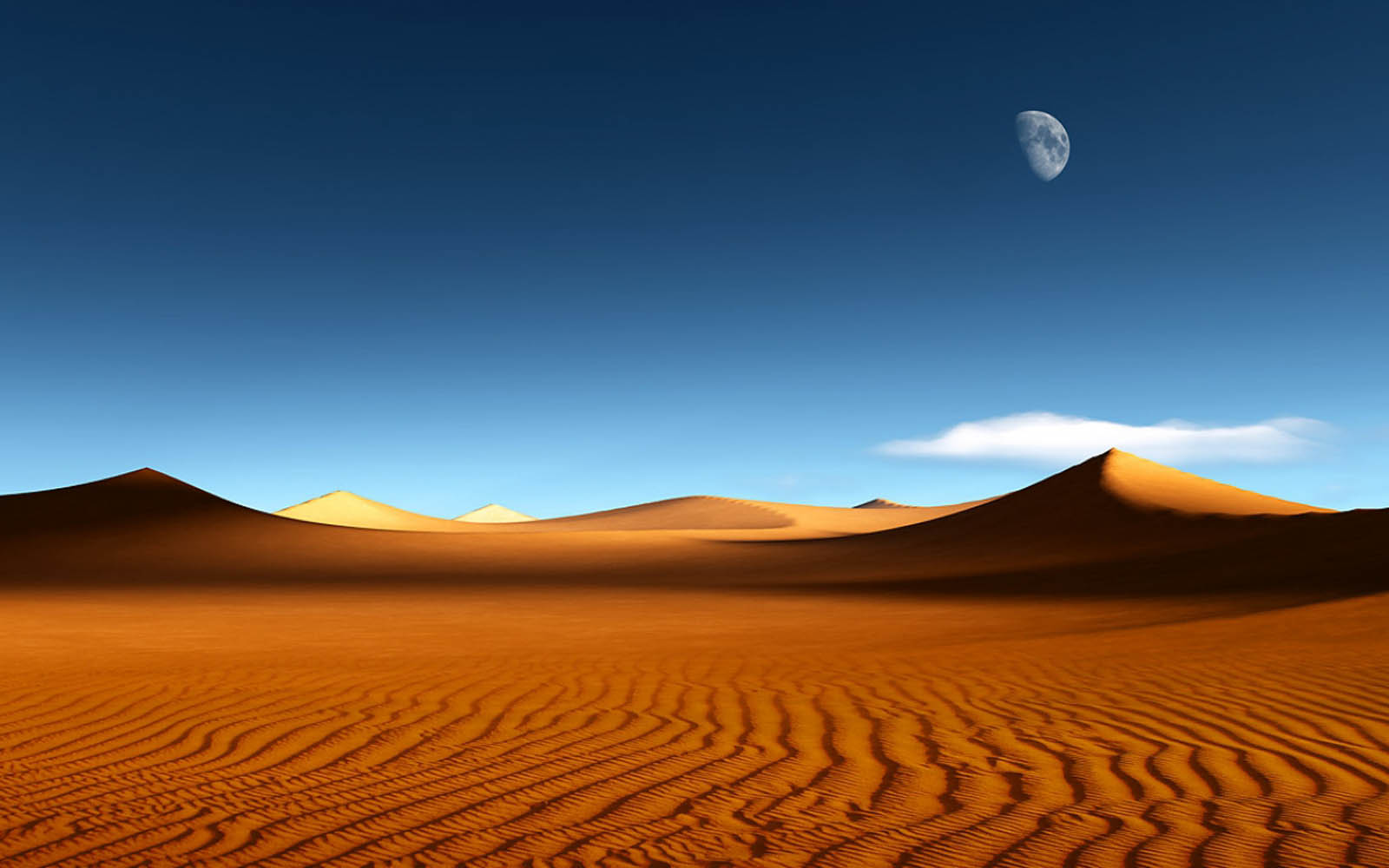 In the early 17th century Kuwait was known as Qurain (or Grane), from the Arabic words Qarn (a high hill) and Kout (a fortress). Some historians believe that Barrak Bin Ghuraif, Sheikh of the Bani Khalid tribe, built Kuwait in Grane and that since then the city has been referred to by its present name.

Kuwait lies at the north-west corner of the Arabian Gulf, between 28 and 30 latitudes and between 46 and 48 longitudes. To the north and the west, it shares a border of 240 km (149 miles) with the Republic of Iraq, and to the south and south-west it shares 250 km (155 miles) with the Kingdom of Saudi Arabia. On the east it has a coastline of 290 km (181 miles) on the Arabian Gulf.
The total area of the State of Kuwait is 17,818 sq km. Most of the mainland is a flat sandy desert gradually sloping towards sea level in the east. It is broken by shallow depressions and low hills, which form a ridge at Jal Al-Zor (145 metres above sea level), cut by the Umm Al-Ramam Wadi. The area is locally known as Ghodai, meaning a hill. The southern part of Kuwait is generally flat, with the exception of Ahmadi hill which is 137 metres above sea level.
The Kuwaiti mainland, with no mountains, rivers or other natural features, was for a long time a transit area for nomadic tribes and caravans. Such freedom of movement made delineation of borders rather difficult. On July 7, 1965, a neutral zone was created between the State of Kuwait and the Kingdom of Saudi Arabia. The northern part of the partitioned zone is administered by Kuwait, whilst the southern part is the administrative responsibility of Saudi Arabia. The crude oil extracted from the partitioned zone is equally shared by both countries.
Due to the location of Kuwait in the Sahara geographical region, the weather of the country is characterised by long, hot and dry summers and short, warm and sometimes rainy winters. Dust storms almost always occur with a rise in humidity during summer.
The highest temperature ever recorded was 52C in July 1978, (making Kuwait the fourth hottest place in the world). The lowest temperature, -6C, was recorded in January 1964. There is a wide variation of temperature, ranging from an average of 45C in summer to an average of 8C in winter. Such climate fluctuation is often accompanied by a change in the annual rainfall — which may vary from 22 mm one year to 352 mm the next.
An Amiri Decree issued on December 17, 1967, defined the boundaries of Kuwait’s territorial waters as 12 miles — for both the mainland and islands. It also regarded the Bay of Kuwait as purely inland waters, with the limits of territorial waters starting at the line between the two headlands of the little Gulf.
The area of Kuwaiti territorial waters is estimated at about 2,200 sq miles. They can be divided into two parts — the shallow northern area, which is less than 5 metres deep in most places with a muddy bed, and the relatively deep southern area, which has a bed of sand and silica deposits. Most of Kuwait’s ports are located on the southern shore, taking advantage of the deep waters in this area.
There has always been a strong link between Kuwait and the sea, and it is this link which has shaped the distinctive character of today’s Kuwaitis and had constituted the main source of income in ancient times.
Although today the picture is very different with urban expansion and rapid modernisation, the link with the sea is still a cherished memory of the past for the Kuwaitis.
The 290-km coast can be divided into two main parts: one extending along the Arabian Gulf and the other around the Kuwaiti Bay and Khor Subiya. Most of the former area is characterised by sandy beaches, while the second area, 70 km in length, is characterised by mudflats, especially in the shallow northern area in the Bay of Kuwait where the maximum wave height is 16 cm opposite Kuwait city.
There are six seaports located at Shuwaikh, Doha, Ahmadi, Mina Abdallah, Shuaiba and Al-Zor, besides some special anchorage points used by companies and individuals. There are also 20 anchorage points for small boats. Eleven per cent of the beaches are assigned for tourist recreation and entertainment and 40 per cent of the shoreline is utilised by special establishments and nationals for private villas and chalets, whilst 35 per cent of the beaches, mainly in the northern part, are as yet pristine.

FloraKuwait’s wild plant-life is one of its unique natural heritage. Plants are adapted to survive in the harsh conditions and extreme temperatures. Unfortunately, they suffered under the intense pressure caused by grazing, collection of fuel etc. However, four major ecosystems may be recognised, they are:
Sand-dune ecosystem: Some perennial shrubs which have medicinal value grow here. The other dominant plantation is the annual grass.
Salt-marshes and saline depressions: These are common along the shores of Kuwait. The plant-life here has to be more that just salt-tolerant since this is very much a marine dominated environment. A clearly defined zonation of plants associated with salt-marshes are found here.
Desert: This is dominated by bushy clamps of perennial desert grass. However, in low depressions where occasional rainfall gathers, attractive purple or blue coloured flowers grow aplenty.

Kuwait is home to numerous species of insects, animals and birds. Among the diverse insects the most attractive group is that of butterflies. Several beautiful varieties are found here and the best time to see them is Spring. There are 38 recorded reptiles in Kuwait, comprising of a variety of snakes, lizards, geckos etc. Besides, there are 50 listed varieties of mammals a number of them are endangered species. Some commonly found animals include hedgehog, wolf, wild cat, Gazelle etc. Nearly 280 species of birds have been recorded here. Incidentally, most of them are migratory birds.

There are nine islands off the coast of Kuwait: Failaka, Bubiyan, Miskan, Warba, Auhha, Umm Al-Maradim, Umm Al-Naml, Kubbar and Qaruh.
Bubiyan, the largest island of the State, has an area of 863 sq km and is connected with the mainland by a concrete bridge. Warba, at the north extremity of the Gulf, occupies an area of 37 sq km. Miskan and Auhha lie on the north and the south of Failaka island, respectively. Located at the mouth of Kuwait Bay, a lot of Islamic antiquities have been found on Umm Al-Naml island. Kubbar and Qaruh lie at the southern end of the Gulf and have been the favourite homes for large flocks of sea birds.
Lying 20 km north-east of Kuwait city, the island of Failaka is the most beautiful and famous of Kuwait’s islands. It combines the ancient history of Kuwait, dating back to the early Stone Age and the modern history of Kuwait, when the early Utubs settled in after their long journey, prior to their settlement on the Kuwaiti mainland in the late 17th century.
A 21-km submarine pipeline connecting the island to the mainland provides the inhabitants with more than 100 million gallons of sweet water every year. Parallel to the submarine water pipeline there are three submarine power cables from Kuwait City providing electrical energy to the island.
Failaka island has become a modern tourist attraction, keeping abreast of all aspects of modern progress. Every day, before the Iraqi aggression, visitors were carried from the mainland at Ras Al-Ardh (Salmiyah) to the island by ferry boats belonging to the Public Transport Company, to relax and swim in its lazuline waters. Much of their leisure time was spent at its five million sq metre tourist complex, located in the southern part of Failaka, which contains a good number of swimming pools, sports playgrounds and restaurants.